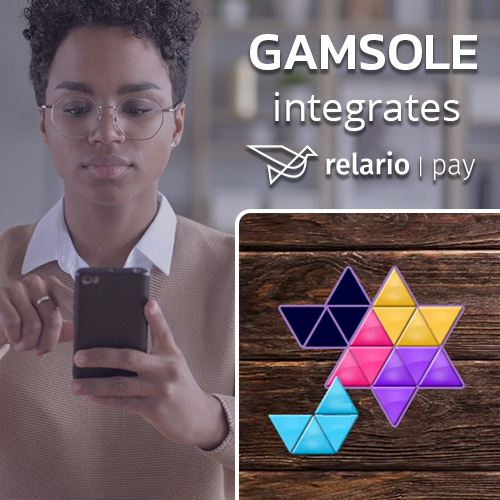 Posted at 12:07h in knowledge by Relario Pay

As the African mobile game industry continues to grow, it shines international attention on the creative talent of game designers, developers, and publishers. Gamsole, an innovative game studio from Nigeria, was brought to the world spotlight in 2015 for its fun and educative games. In only 6 months, Gamsole grew a loyal gamer cult following for their game, Gidi Run, with over 10 million players in over 191 countries. With this great start-up success story, media news outlets such as CNN & Africa CNBC have covered their inspirational story.

Gamsole continues their creative innovation in 2022 and this time it is with their highly addictive mobile game, Wood Craft that will be available on the Google Play Store in the coming days. Abiola Olaniran, founder and CEO of Gamsole says, “This exciting and creative graphical puzzle game has over 100 levels, testing the player’s ability to think critically in order to assemble pieces of a wood project.”

“We are giving the users an easy start with simple puzzles – 50 levels. Users pay a little fee to then have access to the complete game with more beautiful enhancements to solve more challenging puzzles,” says Olaniran when talking about the payment users make with their airtime using relario PAY technology.

Relario PAY works with carrier networks such as Airtel, MTN, and other networks across Africa giving millions of users in Nigeria and across sub-Sahara Africa easy access to mobile games and other digital content without the need for an electronic wallet other than the airtime on their phone.

According to Finder.com cash is still king in Nigeria. As a result, Nigerians and other nations in Africa still make only limited use of personal bank accounts or credit cards to access game content which makes relario PAY the go-to solution for game developers and publishers. With Gamers, this way of making payments enjoys a high level of trust and acceptance resulting in a much better conversion rate. Game publishers have instant access to millions of mobile game users that are willing to send micro-payments by sending SMS.

Game developers and publishers are looking for alternatives that make it easier for users to send payments and for them as merchants to make higher profits without shelling out an average of 30% commission to the app stores. With the integration of relario PAY seamless payment technology,  Gamsole is leading the way with its exciting games!

Relario AG, a fintech company based in Switzerland, is transforming how payments are made for mobile gaming and digital content in over 100 countries and 300+ mobile networks with one easy-to-integrate API. Relario PAY has successful partnerships with some of the world’s leading Game Publishers, mobile network operators, and OEM manufacturers.

Gamsole is a leader in creating casual games in Africa with a number of partnerships to serve entertaining and sometimes educational games to our customers.

We use cookies and other tracking technologies to improve your experience on our website.OkLearn more